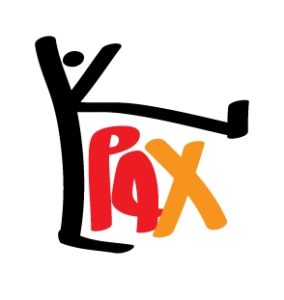 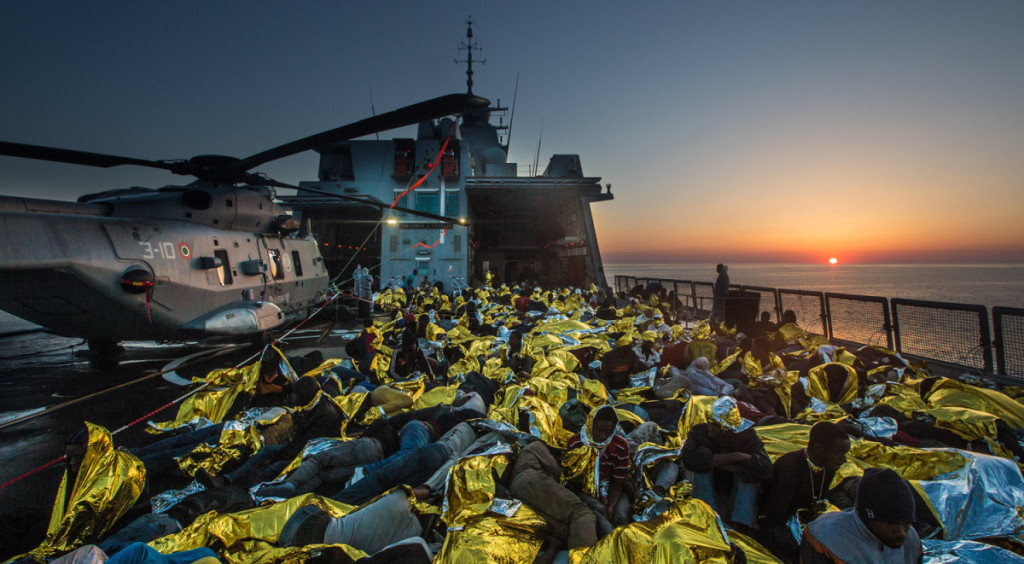 June 8, 2014 – Mediterranean Sea / Italy: African asylum seekers rescued off boats and taken aboard an Italy navy ship. More than 2,000 migrants jammed in 25 boats arrived in Italy June 12, ending an international operation to rescue asylum seekers traveling from Libya. They were taken to three Italian ports and likely to be transferred to refugee centers inland. Hundreds of women and dozens of babies, were rescued by the frigate FREMM Bergamini as part of the Italian navy’s “Mare Nostrum” operation, launched last year after two boats sank and more than 400 drowned. Favorable weather is encouraging thousands of migrants from Syria, Eritrea and other sub-Saharan countries to arrive on the Italian coast in the coming days. Cost of passage is in the 2,500 Euros range for Africans and 3,500 for Middle Easterners, per person. Over 50,000 migrants have landed Italy in 2014. Many thousands are in Libya waiting to make the crossing. (Massimo Sestini/Polaris)